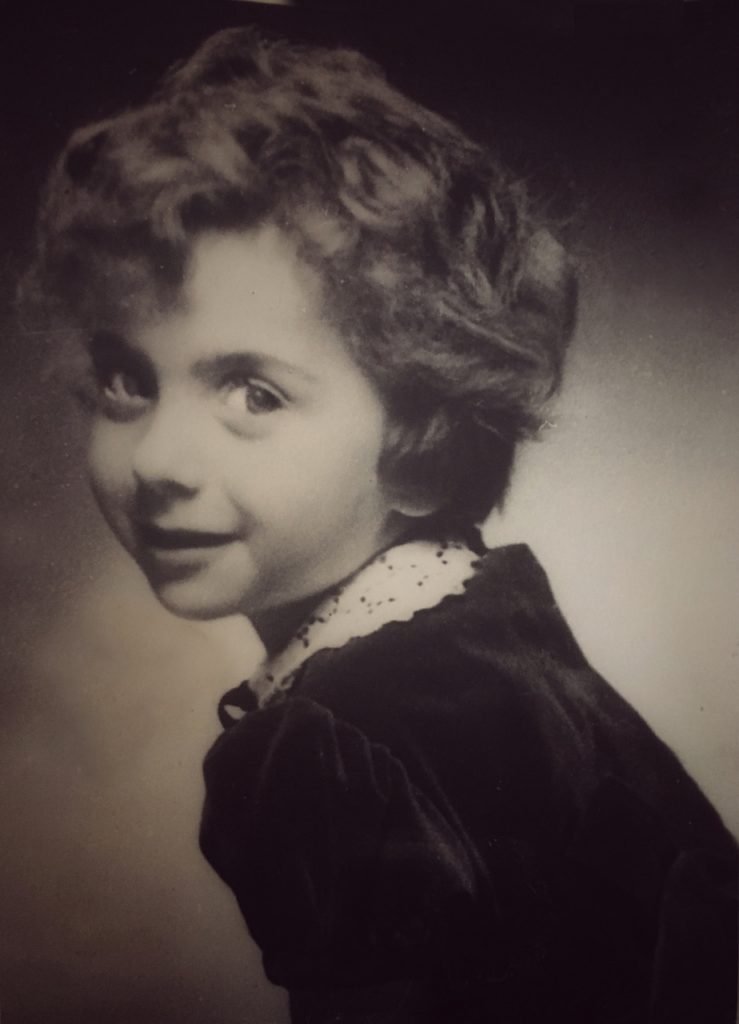 I was born in 1955 in Teheran, Iran. According to family members, I was a very bad-tempered baby, but I improved a great deal around the age of three. I loved to play with the ants in our garden. Every day, I would feed them sugar and watch how patiently they would carry each grain back to their homes. It was a group work. I would also save all the worms and insects that I found drowning in our small pool. It was very satisfying for me to see them survive, to spring back to life again.

During the period of my life from about three to six, I longed to see the imaginary world that my sister would describe each time she put her head under the sheets. I loved to draw and paint, mostly Japanese houses with geishas fanning themselves and Indian chiefs sitting proudly next to their totems. I also enjoyed helping my sister to color her beautiful illustrations.

I was never good at school; my mind was always somewhere else, normally back in the garden playing. My resulting grades were not very promising, and my parents grew very worried, but I just did not seem to care.

When I turned 16, I insisted that I should be sent to England, as some of my cousins had been. My family, unwilling, did send me, and it was there that I spent the worst years of my life. I hated my boarding school, and my English was too weak for me to be able to keep up in my classes. It seemed that my only strength was my artwork, but only the imaginative type. My art teacher, who despised me, would mock me, as I could draw neither a vase nor a tree.

I was later sent to Switzerland and enrolled in a mixed school, where they believed I was brilliant and put me straight into an advanced class. It was lots of fun, spending two years in this easy-going school where I got my diploma.

Eventually, with much persistence on my part, I was sent to the States to do my bachelor’s degree. I was very confused as to what I wanted to do as a professional. I longed to be like my father, who was a doctor and helped people to get well. That was my life’s dream–to be useful to others. As I was not very confident in my academic talents, I decided to study textile design and later on photography. My teachers were very encouraging, and it was a breath of fresh air to experience such positive reactions to my work.

Photography became my passion. I concentrated on an old technique called photogramme and developed my own style in color. It was a magical and mysterious process for me as it was based on applying transparent materials one could never absolutely predict; one never knew exactly how they would turn out on the paper.

After receiving my BFA, I longed to return home to Iran, but my parents discouraged me, for the Revolution had taken place. Lacking both enthusiasm and direction, and unsure of where else to go, I moved to New York where I continued to study photography and began to exhibit my work. I got very interested in doing a project on Coney Island. I loved the surreal quality of that environment and its people and spent countless hours observing the Russian immigrants on the beach, engaging in their eccentric habits.

In 1989 I moved to Paris. I tried to find a color darkroom in the city, but my attempts were unsuccessful, so, instead, I began a series of paintings on china plates, which to my surprise were very successful. I continued producing a lot of designs but longed to go back to photography. Several years later, I enrolled in a month-long workshop to learn the graphic design software photoshop and was delighted to be drawn back into the field.

After the death of my parents, I did a photographic project based on my past and forgotten old family photos. It was a success. Many strangers bought my family photos. During one of these exhibitions, I had my most touching and memorable experience: a guard who worked in the museum told me about a woman who often came to view my piece ”Observation”, and, each time, she would be very emotional and cry in front of it.

My other projects were centered around the theme of homelessness, and during their production, I became friends with some of the homeless of the city. It was a very rich experience. For me, this series of images, although not as commercially successful, represents my strongest accomplishment.