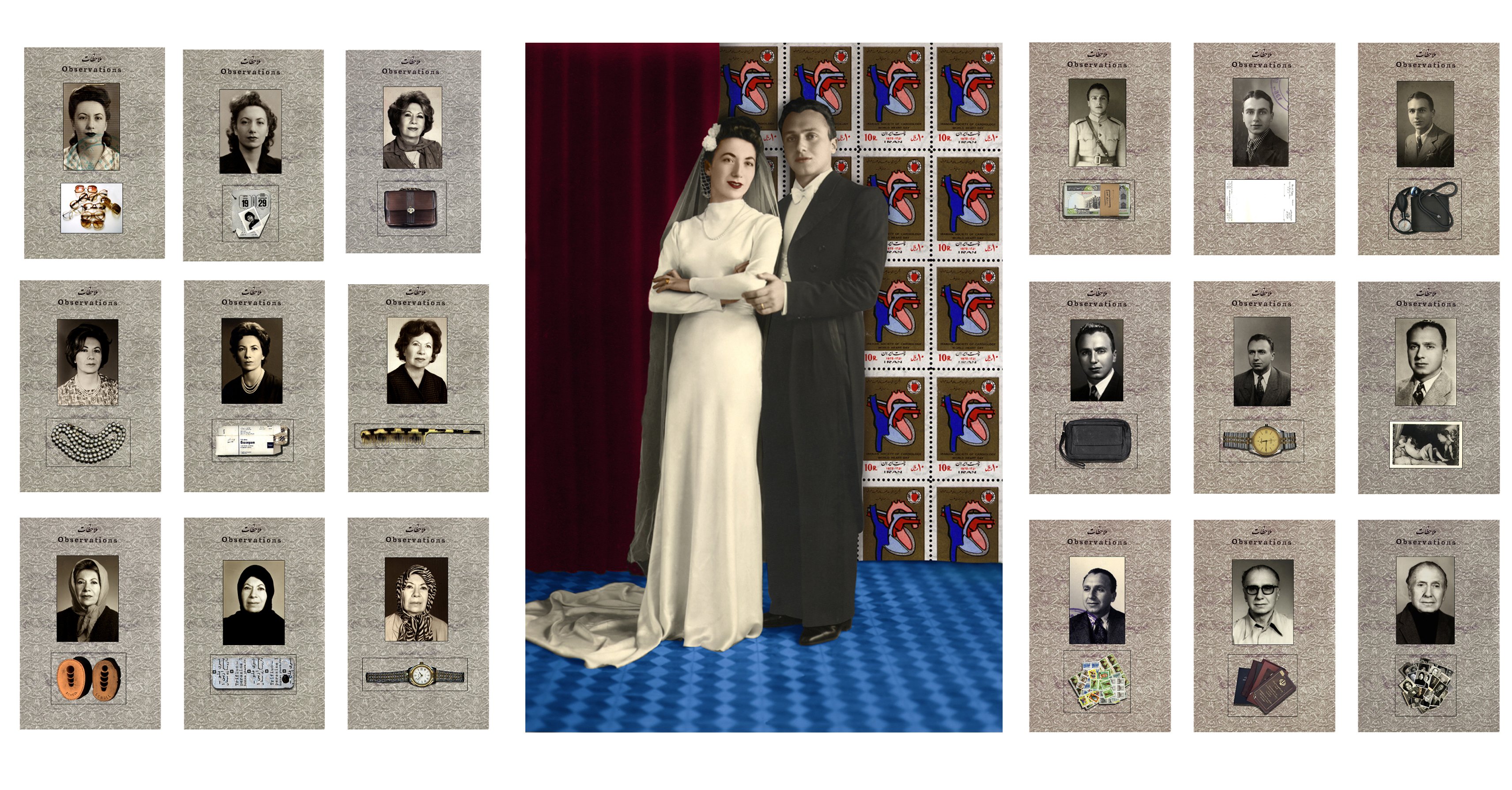 In 1979, as I was finishing my studies in the U.S. the Islamic Revolution took place in my country. I moved to New York, hoping to be going back soon and working in Iran. As time went by, the idea became more and more remote.
Fourteen years later, In April 1993, my Mother died in Tehran. By the time I arrived in Iran, it was too late. The funeral had taken place, and my Mother had disappeared from my life. With fear, sadness and apprehension, I stayed in my Mothers room for 10 days. Nothing had changed.
Her sheets smelled of her body; her perfume. Around the room were all the untidy assortments of her objects that she had collected. Broken eyeglasses, empty lipstick tubes, combs, boxes of pills and paramedical apparati were scattered in all the nooks and corners. I was fascinated by how animated these objects still seemed although my Mother would no longer touch them. it was then that I decided to take some of her belongings with me; without knowing what I would do with them.
Helping my Sister and Brother to relocate my Father to a new lodging, I discovered that my Father also possessed a Cabinet de Curosités. His was more organized, but just as eccentric.
We were forced to discard most of these possessions, much to his discontent. I remember him sitting in the middle of his room, as we boxed his belongings, and muttering: If your Mother were alive she wouldn’t have liked this throwing-out business.
I found myself once more attracted to these objects, incoherent as they were. Stacks of hand rags, dozens of empty cologne bottles, lumps of sugar; receptacles full of soap, passports, stamps, and old tin boxes were some of the items in this collection.
When I returned to visit my Father for the last time in 1995, I decided that I would take some of these objects with me.
Impatiently, I have tried to connect images and objects during these past three years and accomplish some kind of personal alchemy: to reanimate a contact with my parents, with my past. As though time had allowed these elements to complete their sedimentation.
As I began to construct this project, I had the feeling that what I was trying to accomplish was a prorogation of my separation with the past. It became evident to me that if I was to go forward with my life I had to somehow assimilate all theses bits and pieces of my life before….